Kells Juvenile Boys futsal team went into the playoffs with an undefeated regular season, a record of seven wins, and an overtime win. After a thrilling semi finals against CPI, the Cinderella story continued into the finals against LBPHS. The game went back and forth leading up to the final minutes of regulation when Kells tied the game 3-3 sending the game into overtime. With suspense looming in the air,

the crowd took over and cheered on the team as though they were the 6th player on the court. With overtime proving a stalemate, the ultimate champions were victorious in a shootout victory. The fans rushed to the players in celebration of Kells Academy first city championship for futsal.

Congratulations to all players and coach Cassandra Fischer on an undefeated season and setting a milestone for the Kells Athletics program. 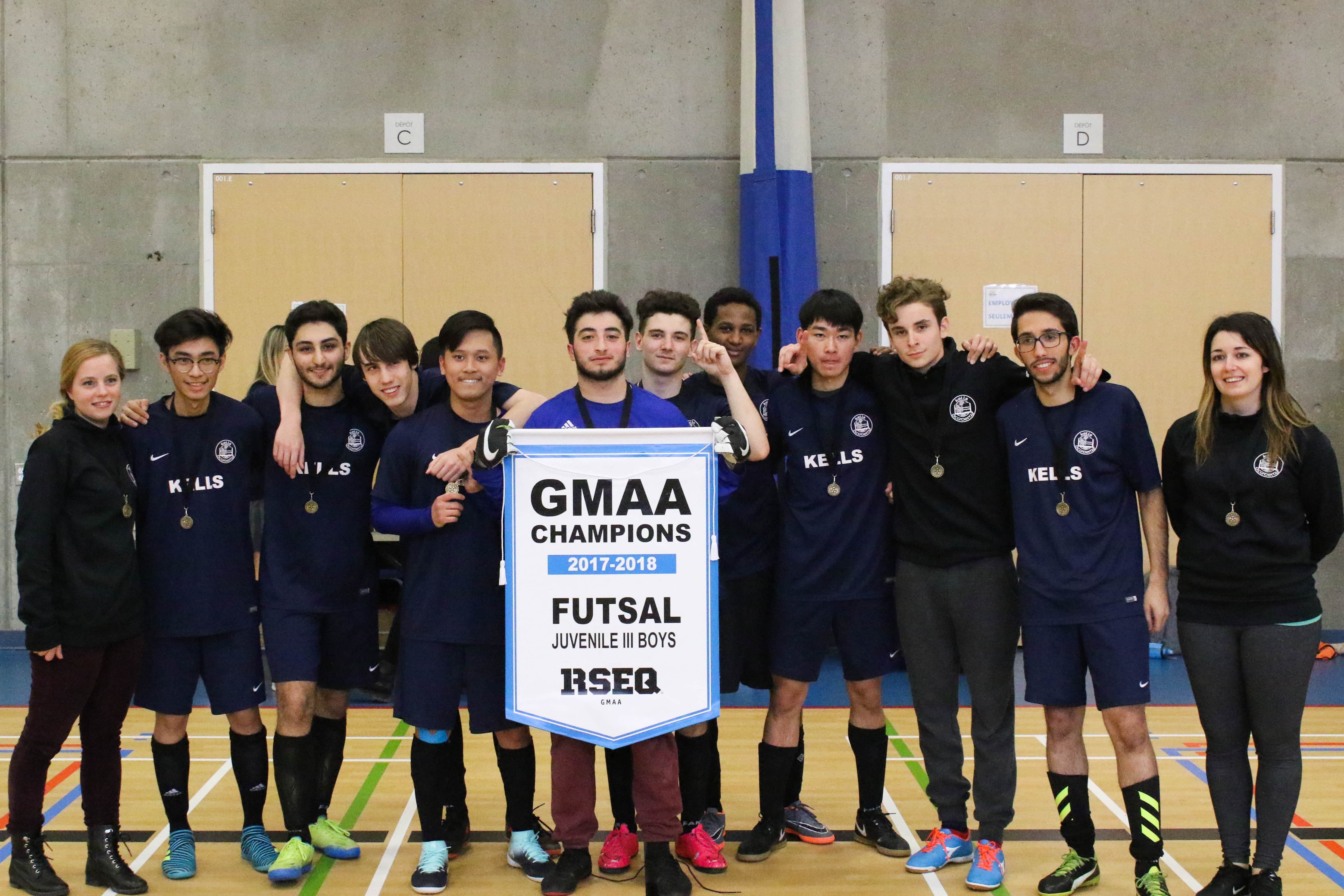